The soil is kicked up by the weather-weary chickens, its darkness covering the garden and spilling out over the walkway and the drive.  Frustrated, I brush it back with a shop broom, for what feels like the millionth time this late-arriving spring. As I cover the garden in black soil, I see the beginnings of hostas, the evidence of lilies; their shoots are small, but they are there.  The greenness declares itself, unfurling a sliver of hope on a dark Michigan April afternoon. The life is always there, actually. Reverberating beneath the snow with the hum of hope, a promise of fruition. 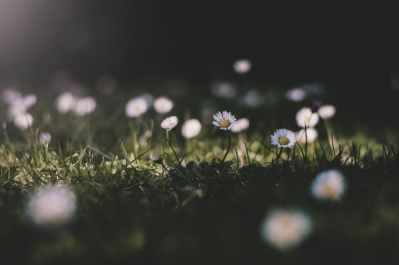 Photo by Anne-sophie Parent on Pexels.com

It was dark, I imagine, and rainy, in the sense of an angsty melodrama, that day the Christ was buried in the tomb.  The stone was gray and foreboding, the dirt dark around the feet of the followers. There was sadness, surely; the deep loss of a friend, but also a trusted and revered leader; there was something else, too; the anger and frustration of hope crushed, dreams destroyed.  Questions without answers swarmed in the heads of those who followed. How could this darkness be redeemed? What was gained in the loss? The shortsighted nature of humanity was left to piece together a plan that didn’t include their irreplaceable Guide. Three days of wonder, of question, of desperation, felt like eternity.

And then: resurrection.  God’s promise was revealed in an empty tomb.  The desperation fell off like the grave shroud of the Savior.  Hope was renewed. A sense of purpose and promise was restored; imagine the rejoicing!

The short span of three days held the grief, the disbelief, the joy all in one story- the ultimate Story.  Yet people live so often in the brevity of darkness between Christ’s death and His resurrection. We brush back the dirt of daily struggle and ignore the sprouts of hope pushing through.  We feel lost without a plan, without expectation or anticipation. We are paralyzed by what feels like emptiness. But we are the fortunate ones who can see the story from start to finish.  We are not the followers who, in that moment, may have vacillated between trust and fear. We see the triumphant nature of the resurrection in the shadow of the cross, not the face of it.

So why do we despair?  To me, the resurrection means all things are made new.  His resurrection means my suffering is always temporary.  No matter what I face today, or tomorrow, or years from now, God willing, those tribulations are already redeemed.  My life is already redeemed. The promise is already fulfilled. I am not waiting in doubt, but in anticipation. He is risen!